How do we always get Royals season ticket sales off to a spectacular start?

Each year, the Walz Tetrick creative and media teams work together to find the perfect outdoor advertising location for a spectacular season ticket kickoff. The challenge? Capture the spirit of Royals baseball in a way that motorists have never seen before. Year after year, the boards are the talk of the town, with significant media coverage — some national — and scores of mentions and photos on social media. We’ve also scored multiple Clio Sports, Obie and Telly awards for our work with the team. 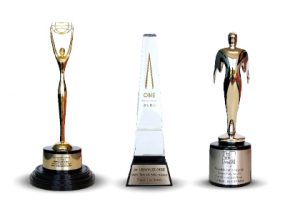 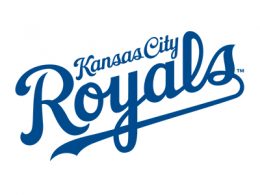 The Royals approached the 2020 season with new ownership and a lot of optimism, fueled in large part by the first American League home run champ in franchise history. Throughout Jorge Soler’s league-leading season, the refrain “Soler Power” grew in popularity. So for the Royals’ preseason spectacular, we brought Soler Power to life with flexible neon tube technology, the first time it’s ever been used in KC.

The Royals are known for billboards that get buzz, but for the 2019 season we took our message to the streets, stopping traffic in a whole new way. Instead of traditional outdoor boards, we wrapped Kansas City’s popular downtown streetcar with giant sliding players: rising star Adalberto Mondesi and Two-Hit Whit Merrifield. We leveraged the huge draw of the Big 12 basketball tournament, unveiling the streetcar just before more than 100,000 fans descended on downtown. Fans saw the message change as the streetcar moved by, thanks to the lenticular design.

For the 50th season campaign launch in 2018, we brought past and present together in an unexpected way. Each billboard featured one current Royals star and one legend flanking a 50th season logo. But when the sun went down, something amazing happened. Our team broke new ground with the first-ever use of blacklight on an outdoor billboard, earning us our fourth Sports Clio. 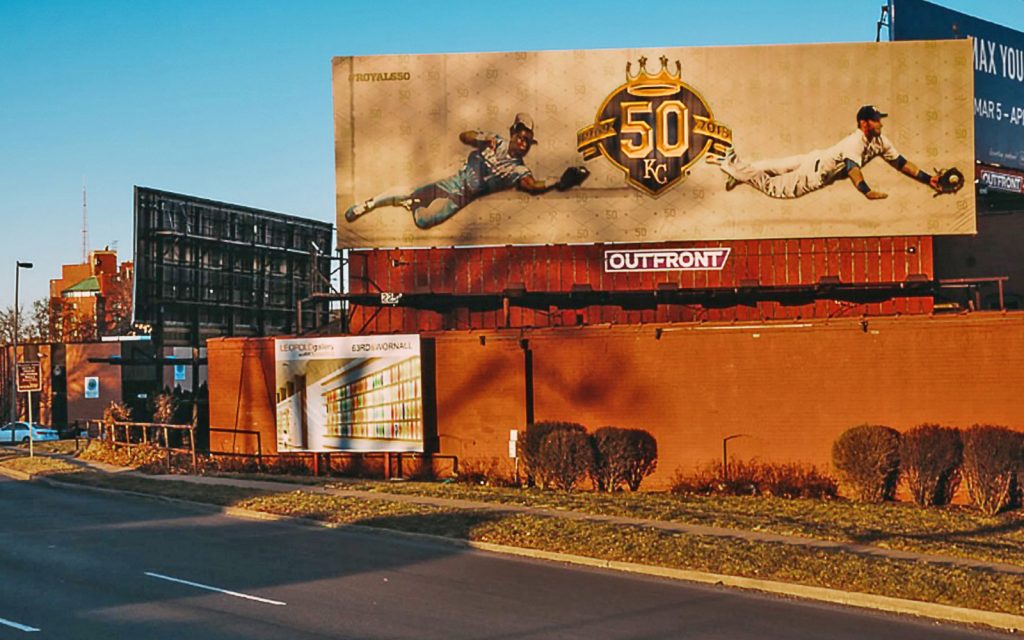 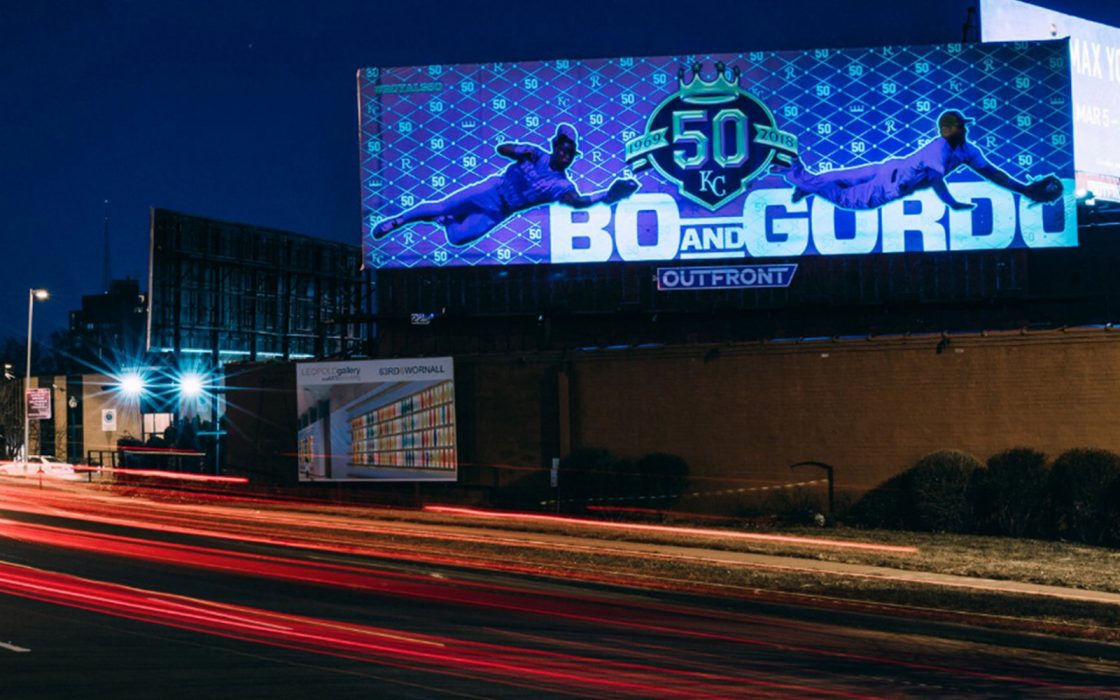 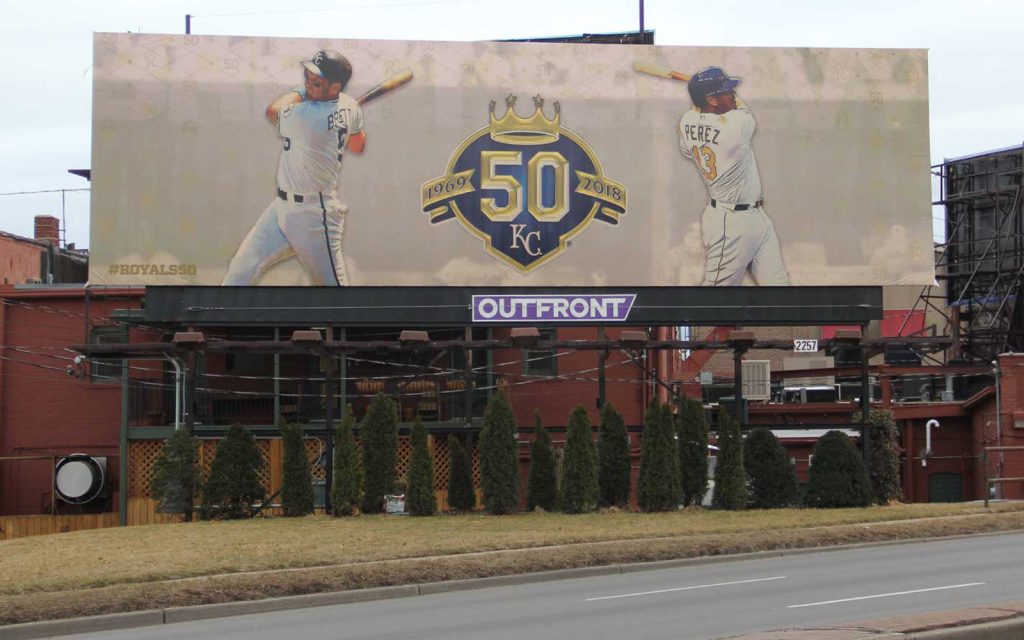 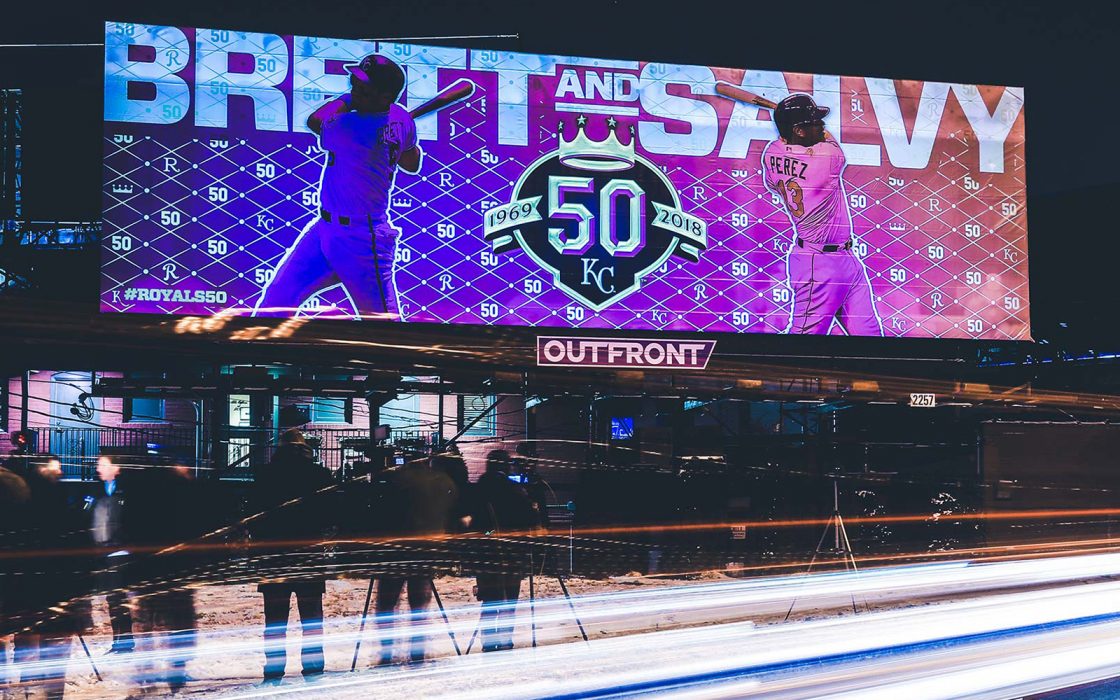 The Raised Royal campaign was all about how our home team is such an integral part of our hometown. So instead of traditional outdoor boards, we worked with our Royals clients to commission local artists to create painted murals throughout the city. It not only won over Royals fans throughout the community, it also won our third Sports Clio.

As they marched toward the World Series Championship, each Royals victory was celebrated with a Salvy Splash. To jump start the 2016 season, Salvy splashes the entire Royals community to show how important the fans are to the Royals’ success. Fans lined up by the dozen to take selfies in front of this must-see attraction. And the Sports Clio judges showed similar enthusiasm, giving us our second award.

Following the Royals’ first World Series in 29 years, the fleet feet of Jarrod Dyson burned the base paths and the billboard on the way to becoming “Forever Royal.” Concerned drivers were quick to call the fire department. How’s that for sizzling publicity?

In 2014, Alex Gordon’s aggressive base running showed KC fans what it means to “Be Royal,” as his head-first slide pulls the vinyl right off the board. It also pulled in our first national Sports Clio award. 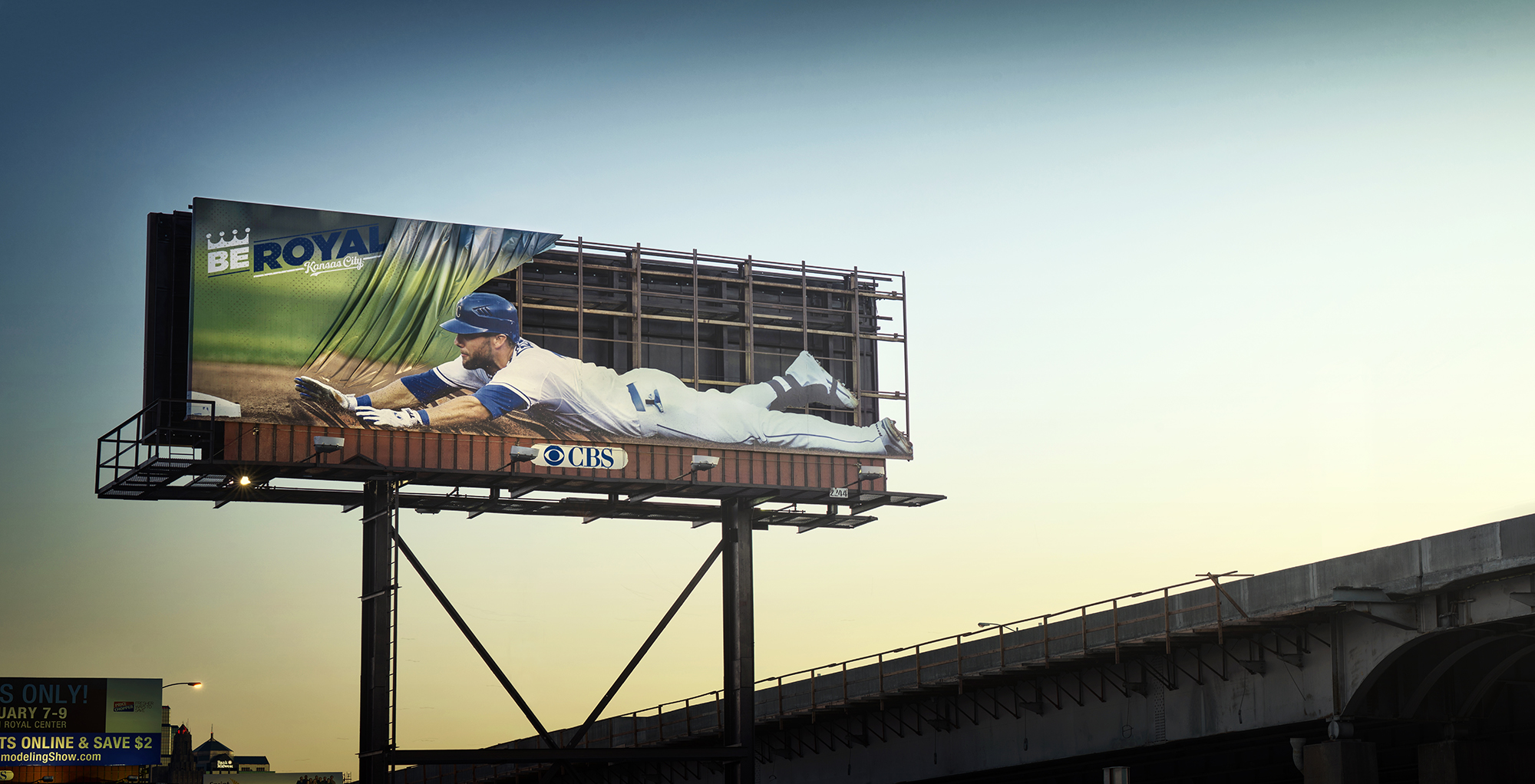 In 2013, James Shields’ fastball rips the billboard before reaching Salvador Perez’s mitt on the opposite side of I-35.